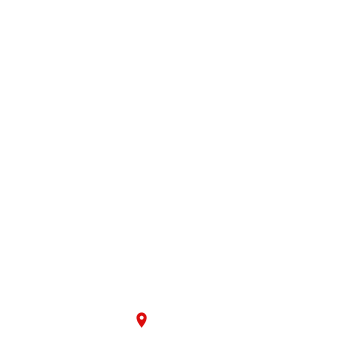 The Legend of Roche Rock

The story of the doomed love of Tristan and Iseult is one of the most famous and much loved subjects of the medieval romancers who created the vast epics of Arthurian literature. Tristan was King Mark’s nephew who, having been sent to fetch his uncle’s bride-to-be from Ireland, accidentally shared a love potion with her so that the two fell hopelessly in love. Thereafter, their lives were lived in a series of furtive trysts, while they both sought to escape the traps laid for them by the suspicious Mark. In the end, Tristan met his death and Iseult, unable to live without him, followed soon after.

A dangerous winding way over broken rocks leads up to the remains of the tiny chapel.

A number of sites in and around Cornwall and the far north commemorate this tragic tale. One of the most spectacular is Roche Rock, a massive outcrop of granite, rising from a landscape ruined by clay mining, on which is perched the remains of a fifteenth-century chapel. A contemporary theory, first advanced by E. M. R. Ditmas in her study of the topography of the Tristan legend, suggests that this may have been the site of the hermit Ogrin’s chapel, where the lovers, having escaped from King Mark, found temporary refuge. The medieval poet Beroul, who wrote one of the earliest versions of the story, appears to display an intimate knowledge of the Cornish landscape, and his description of Ogrin’s chapel certainly bears a more than passing resemblance to Roche Rock.

A later version of the story speaks of Tristan’s escape from Mark’s soldiers – who had locked him in a cell within another chapel – by jumping from the window down on to some perilous rocks. Such a feat would not be beyond an athletic man, though the result might well be fatal. Near by, at Chapel Point, overlooking the sea near Mevagissey, is the supposed site of ‘Tristan’s Leap’, but a far more likely site would seem to be Roche Rock, where such a dramatic escape would have stayed in the minds of local story-tellers and might well have become known to one of the authors of the early Tristan story.