A truly deep and fervent supporter of King Arthur from the very start, Sir Bedivere never wained from that support. Bedivere was also one of the first knights to join the fellowship of the Round Table, and was by King Arthur’s side at his death/transport to the Isle of Avalon. Sir Bedivere also helped King Arthur fight the Giant of Mont St. Michel and later was made Duke of Neustria.

Sir Bedivere lost one of his hands in battle and spent the rest of his life fighting with only one hand. He had a son called Amren and a daughter named Eneuavc.

Sir Bedivere was present at the Last Battle, that fateful Battle of Camlan between the forces of King Arthur and the evil forces of his nephew, Sir Mordred. Bedivere and Arthur alone survived the battle, and the King gave him the command to throw Excalibur back into the Lake. After lying twice to King Arthur, Bedivere finally tossed the precious sword out into the Lake, and the hand of the Lady of the Lake came up out of the water and retrieved the sword to its watery home.

Sir Bedivere and King Arthur alone survived the Final Battle – the Battle of Camlan, and the King gave Bedivere the command to throw Excalibur back into the Lake.

Derived from the Welsh name Bedwyr, Bedivere was named after his grandfather, who was also known as Bedivere and founded the city of Bayeux. Years after the Final Battle, Sir Bedivere was killed fighting in the Roman Campaign. 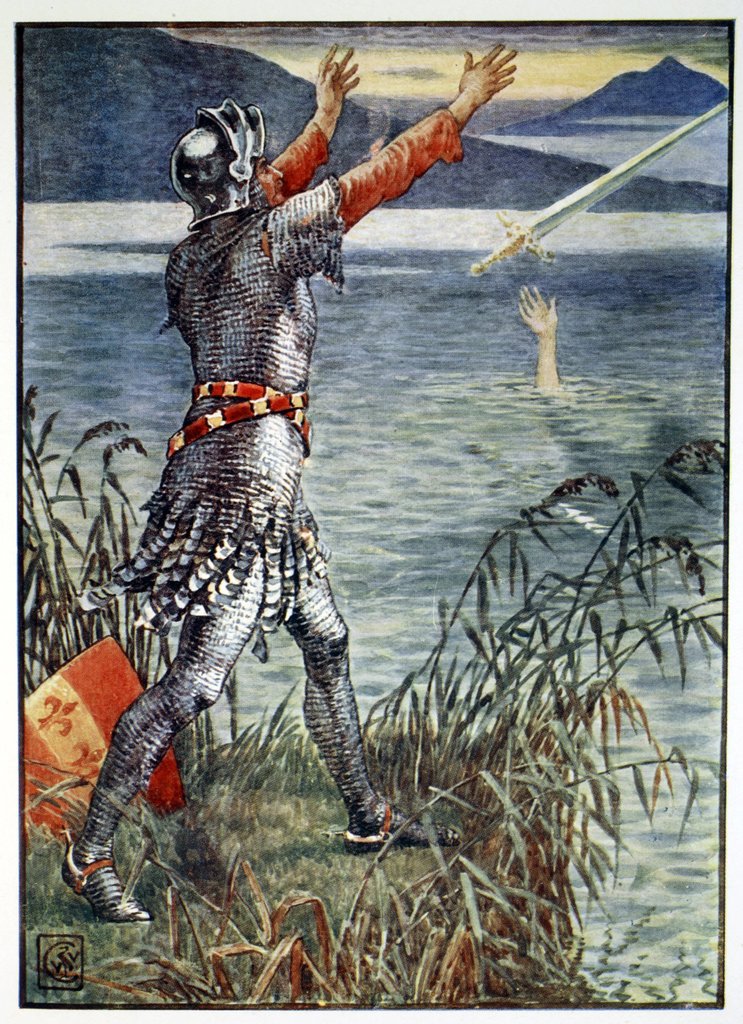 King Arthur Sir Bedivere throwing Excalibur into the lake. One of the Knights of the Round Table, Sir Bedivere, throws the sword Excalibur into the lake, where the arm of the Lady of the Lake reaches up to retrieve it. Caption reads, There came an arm and a hand above the water. WC: English artist and illustrator, b. August 15, 1845 March 14, 1915.

It is believed that Bedivere originated from the Welsh tradition. Known in the early works as Bedwyr Bedrydant (“Bedwyr of the Perfect Sinews”), Bedivere was known as a handsome, strong knight who was fiercely loyal and strong in faith and courage. Bedivere’s father is mentioned as Pedrawd, and his children as Amhren and Eneuawg, who are both members of King Arthur’s court.

Bedwyr/Bedivere is a prominent character in the tale of Culhwch and Olwen, in which he appears as the head of King Arthur’s court with his friend Cei. He is described as the handsomest man in the world (except for King Arthur and Drych fab Cibddar) and uses a magic lance. In Geoffrey’s History of the Kings of Britain, Bedivere is one of Arthur’s most loyal allies and maintains that loyalty his entire life. Later on he helps King Arthur and Sir Kay fight the Giant of Mont Saint-Michel and then joins Arthur in his war against Emperor Lucius of Rome. 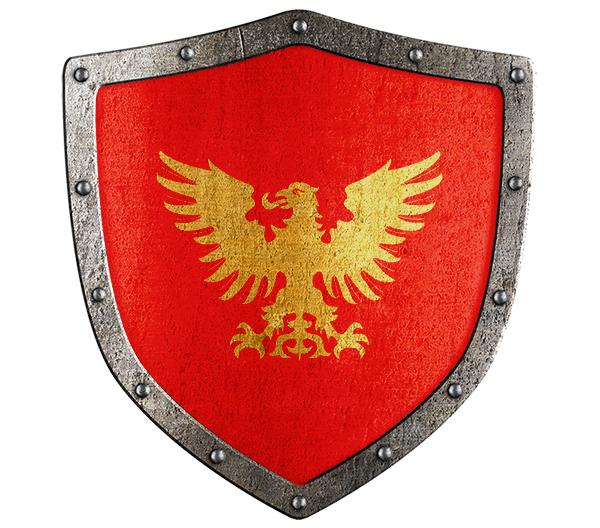