Sir Lancelot du Lac or Sir Launcelot was the son of King Ban of Benwick and Queen Elaine. Lancelot was the First Knight of the Round Table, and he never failed in gentleness, courtesy, or courage. In addition to his courage and prowess on the battlefield, Lancelot was also a knight who was consistently serving others, thus giving him a good name and favor among most circles.

It has been said that Lancelot was the greatest fighter and swordsman of all the Knights of the Round Table, and yet he was also extremely intelligent and known for his charm and humor. Legend tells us that as a child, Lancelot was left by the shore of The Lake, where he was found by Vivien, the Lady of the Lake. Caring for him as her own, Vivien fostered and raised Lancelot, raising one of history’s greatest knights.

Legend tells us that Lancelot was the father of Galahad by Elaine. It was another Elaine, Elaine of Astolat, who died of a broken heart because Launcelot did not return her love and affection, once again winning over the ladies of the court with his wisdom and charm. Lancelot was Arthur’s greatest knight and companion, the Lord of Joyous Gard (Bamburgh Castle) and the greatest swordsman and jouster of the age.

It was Sir Lancelot’s love for Queen Guinevere which led to the confrontation where Lancelot mistakenly killed Sir Gareth, ultimately leading to the disbandment of the Round Table.

Many sources refer to the common affection between Lancelot and Queen Guinevere, and there may be some truth to even more than a common affection since Lancelot was a favorite of the Queen’s. He rescued her from being burned at the stake on two different occasions, and it was at one of these rescues that Lancelot mistakenly killed Sir Gareth, which led to the disbandment of the Round Table. After the Queen repented to an abbey as a nun, Lancelot lived the rest of his life as a hermit in penitence. 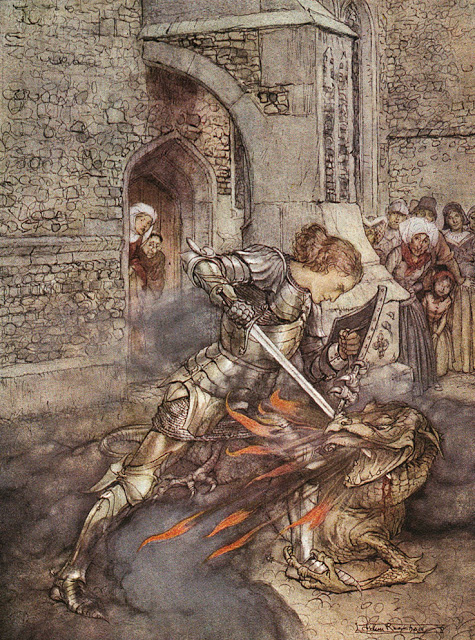 Sir Lancelot slaying a firebreathing dragon in Arthur Rackham’s illustration for Tales of King Arthur and the Knights of the Round Table (1917).

Sir Lancelot is almost certainly a combination of characters created in early Roman/British as well as French literature. The name Lancelot may have been an invention by the 12th-century French poet Chrétien de Troyes or the character Anguselaus, talked about by Geoffrey of Monmouth in the History of the Kings of Britain.

Did Lancelot originate in Celtic mythology, was he a continental invention, or did he really live as a famous knight and hero? We may never know… but Lancelot will always live in our imaginations as one of the greatest knights in history. 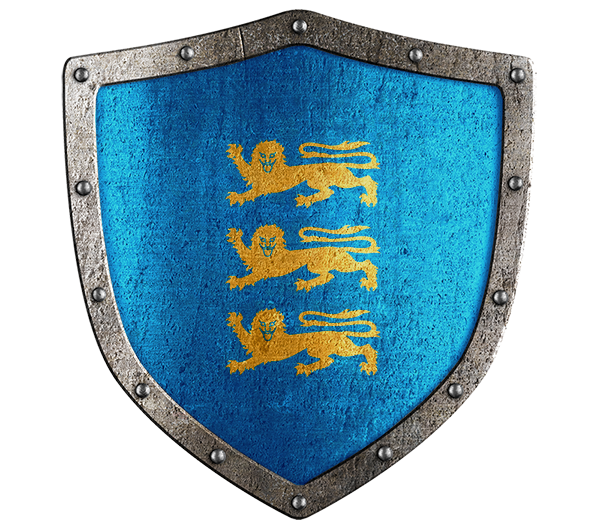