Sir Bors de Ganis was the only knight of the three Grail knights (Bors, Percivale, and Galahad) to survive the Quest for the Holy Grail and return to King Arthur’s court. His fathers name was Bors as well, and he later succeeded his father as King of Gannes/Ganis.

Sir Bors was a chaste knight and had sworn a vow of purity while remaining single, but the daughter of King Brandegoris fell in love with him. While using the aid of a magic ring, she forced Sir Bors into loving her thus breaking his vow. As a result of this union, Bors became the father of Elyan the White, later Emperor of Constantinople.

Sir Bors undertook the Quest for the Holy Grail along with Sir Galahad and Sir Percivale. Together, they were three of the most noble and chaste knights, and would come to be known as the Grail Knights. Sir Bors was the only one of the three Grail Knights to return to Britain and ultimately to King Arthur’s Court.

Sir Bors was the only one of the three Grail Knights to return to Britain and ultimately to King Arthur’s Court.

Sir Bors was the cousin of Sir Lancelot du Lac, and he steadfastly supported his cousin against King Arthur during the conflict between the two surrounding the infidelity of Lancelot and Queen Guinevere. After Sir Lancelot’s death, Bors returned to the Holy Land where he died fighting in the Crusades. It has been suggested that, in origin, Bors may have been a character who figures in Welsh legend as Gwri. 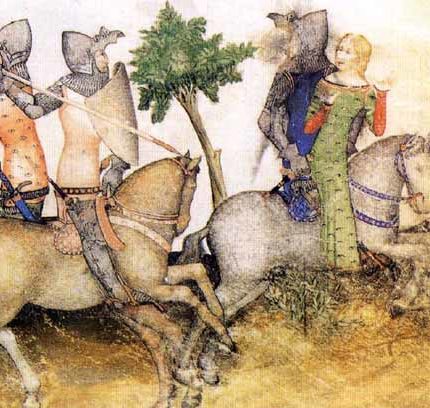 Bors chooses to save a maiden rather than his brother Lionel

King Bors (the Elder – Sir Bors father) was Sir Lancelot’s and Sir Hector de Maris’ uncle, and he was the brother of Ban. Having married Ban’s wife’s (Elaine – not to be confused with Sir Lancelot’s wife) sister, Evaine. Sir Bors had two songs: Sir Bors the Younger and Sir Lionel. Both Ban and Sir Bors become King Arthur’s early allies in his fight against eleven rebel kings in Britain. Included in those eleven rebel kings was King Lot, Urien, and Caradoc. After Arthur reneged on his promise to help Ban and Bors, Claudas succeeded in his invasion of Britain which resulted in both kings’ deaths. Ban’s son: Sir Lancelot was taken by the Lady of the Lake and raised by her, but King Bors’ children were raised in captivity by Claudas’ captures.

In Le Morte d’Arthur, Sir Bors volunteers to fight at as the champion of Queen Guinevere when she is accused of poisoning another knight. Reluctant at first, he finally agrees to fight for her, but Sir Lancelot arrived at the last minute to take his place and fight for the Queen. After Lancelot’s affair with Guinevere was exposed, Sir Bors joined Lancelot in exile. Ultimately, Lancelot and Bors reunite with King Arthur and Gawain, when Gawain sent a letter asking for their help in the fight against Mordred. 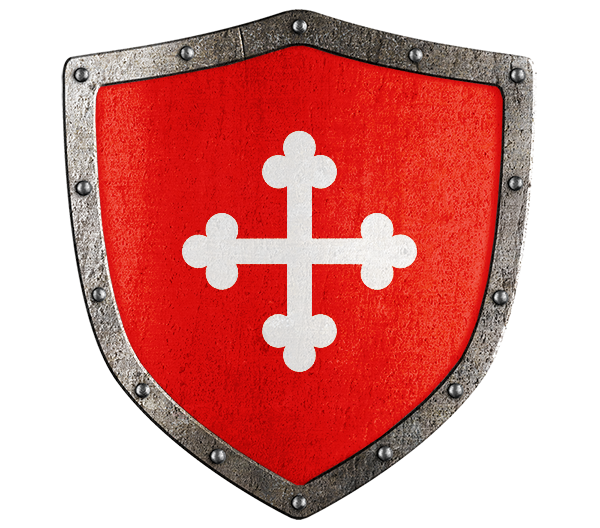