Constantine probably succeeded his father, Cado, as King of Dumnonia in the early 6th century. Literary tradition indicates AD 537, after the Battle of Camlann from which, some sources say, he was the only survivor. He was also, apparently left the High-Kingship of Britain, at this time, by his cousin, King Arthur. Despite such positions of honour, Constantine was described as the “unclean whelp of the lioness of Dumnonia” by his contemporary, St. Gildas. He was rebuked for disguising himself as a Bishop in order to sacrilegiously murder his two nephews in the sanctity of a church. According to Geoffrey of Monmouth, these were, in fact, the treacherous sons of the evil usurper, Mordred, who were killed in Winchester & London.

Legend has it that King Arthur was the cousin of Constantine the Great, a Roman general and great proponent of Christianity throughout the Kingdom.

There were many noble Constantines abroad around this period and it is difficult to separate one from another. However, it appears that, as an old man, this King’s character was greatly changed through grief brought about by the death of his loving wife. One day, while out hunting a deer, his prey took shelter in St. Petroc’s cell. So impressed was the King by the saint’s power that he and his body guard immediately converted to Christianity. Constantine gave Petroc an ivory hunting horn in commemoration of the event and this was long reverred along with the Saint’s other relics at Bodmin.

The King became co-founder of this famous Cornish monastery and, soon afterward, abdicated the throne in favour of his son, Bledric, in order to take up the religious life himself. He moved amongst his people, founding churches at the two Constantines, near Padstow and Falmouth, and at Illogan; also at Milton Abbot and Dunsford in Devon. 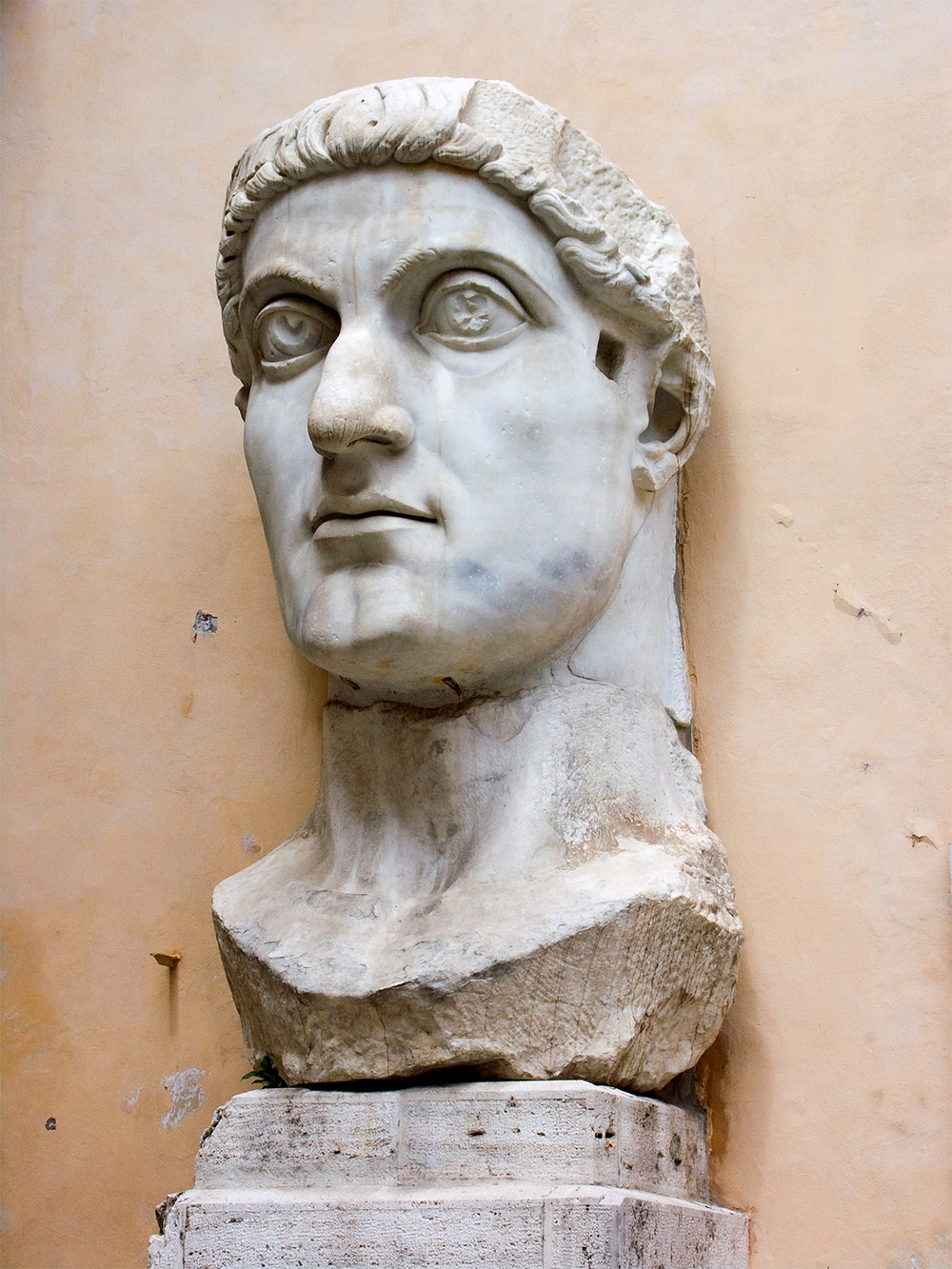 A statue of Constantine from Rome.