Morgause was the half-sister of Arthur who married Lot. She was the mother of Sir Gawain, Gaheris, Agravain, Gareth, and Mordred. According to the Enfaces Gawain, Lot was her page with whom she had an intrigue, as a result of which Gawain was born. In Malory she is Lot’s queen who, as the result of an amatory encounter with Arthur (who did not know they were related), gave birth to Mordred. Morgause was slain by her son Gaheris who found her in a relationship with Sir Lamorak, whose father, Pellinore, had slain Lot.

According to legend, Morgause was killed by her son Sir Gaheris who found her in a relationship with Sir Lamorak, the son of Pellinore who had killed their father.

Morgause does not seem to have been the original name of this character. In Geoffrey of Monmouth’s History of the Kings of Britain, the wife of Lot is called Anna, sister to King Arthur. In De Ortu Waluuanii the part taken by Morgause in the Enfaces Gauvain is assigned to Anna; and the name Morgause itself seems to be in origin a territorial designation rather than a personal name, for in Diu Crone Gawain’s mother is called Orcades or Morchades, which seems to be taken from the Orkneys (in Latin: Orcades), the name of one of Lot’s kingdoms, and Morchades seems to be a variant form of Morgause. 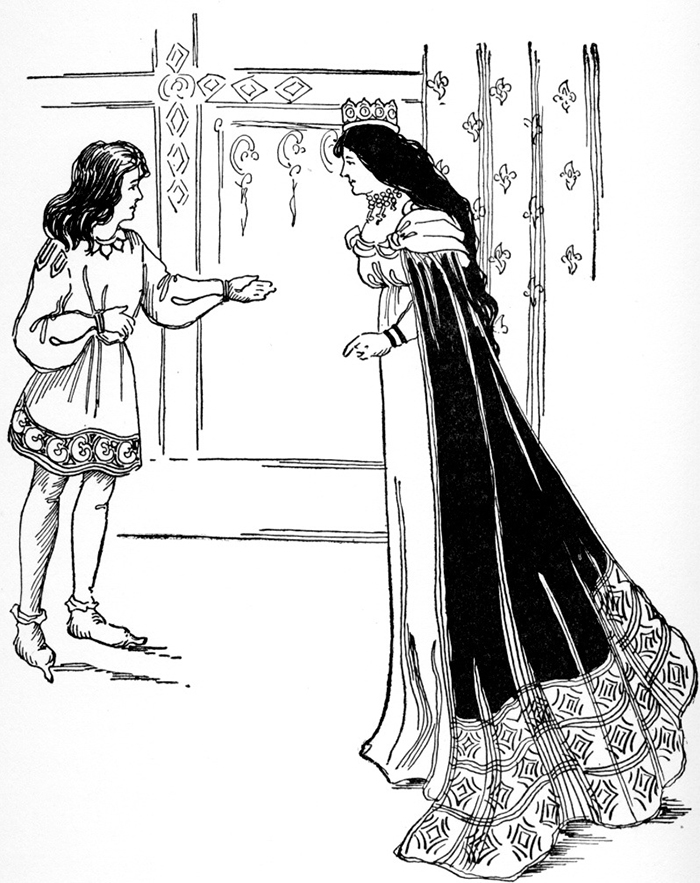 Young Gareth appealing to his mother Morgause (Queen Bellicent) to let him go serve King Arthur in Tales from Tennyson, 1902