Who was Queen Guinevere

In all cases, she is surpassingly beautiful and desirable. She is either forced into or conceives and engineers an extra-marital relationship with Sir Lancelot and is condemned, according to law. She either was a willing accomplice to Mordred’s treachery against Arthur, as suggested in Wace and Layamon, or was forced into it against her will as stated in John Hardyng’s “Chronicle” (1457). Early mentions of Queen Guinevere, in the Triads of the Island of Britain, give tantalizing glimpses of her original relationship with Mordred: he is shown forcing his way into Arthur’s Court, dragging the Queen from her throne and striking her, but the reasons why are unknown. The incident may have been related to quarrels between Guinevere and her sister, Mordred’s wife, Gwenhwyfach, which are said to have been the eventual cause of the Battle of Camlan.

In all instances, Queen Guinevere is portrayed as beautiful and desirable, and depending on the book or tradition, she either willfully assisted Mordred in his treachery against King Arthur, or was forced into it.

Giraldus Cambrensis says the cross claimed Guinevere as Arthur’s “second wife”. This appears to echo the story of the False Guinevere of French Romance: an identical half-sister of the Queen fathered on the same night who persuaded Arthur that she was his true wife. For two and a half years, the King was separated from the real Guinevere until the deception was uncovered. There is also an ancient Triad of the Island of Britain which records Arthur’s “Three Chief Queens”: Gwenhwyfar daughter of Cywryd, Gwenhwyfar daughter of Gwythyr ap Greidiol and Gwenhwyfar daughter of Ogrfan Gawr. This may further indicate the confusion over the lady’s parentage as already alluded to. Alternatively, the three Guineveres could show a common Triple-Goddess motif at the root of many later Celtic characters. Whatever Guinevere was or was not, she has been a useful tool in the hands of the romancers throughout the centuries and has greatly enhanced the legends of King Arthur. 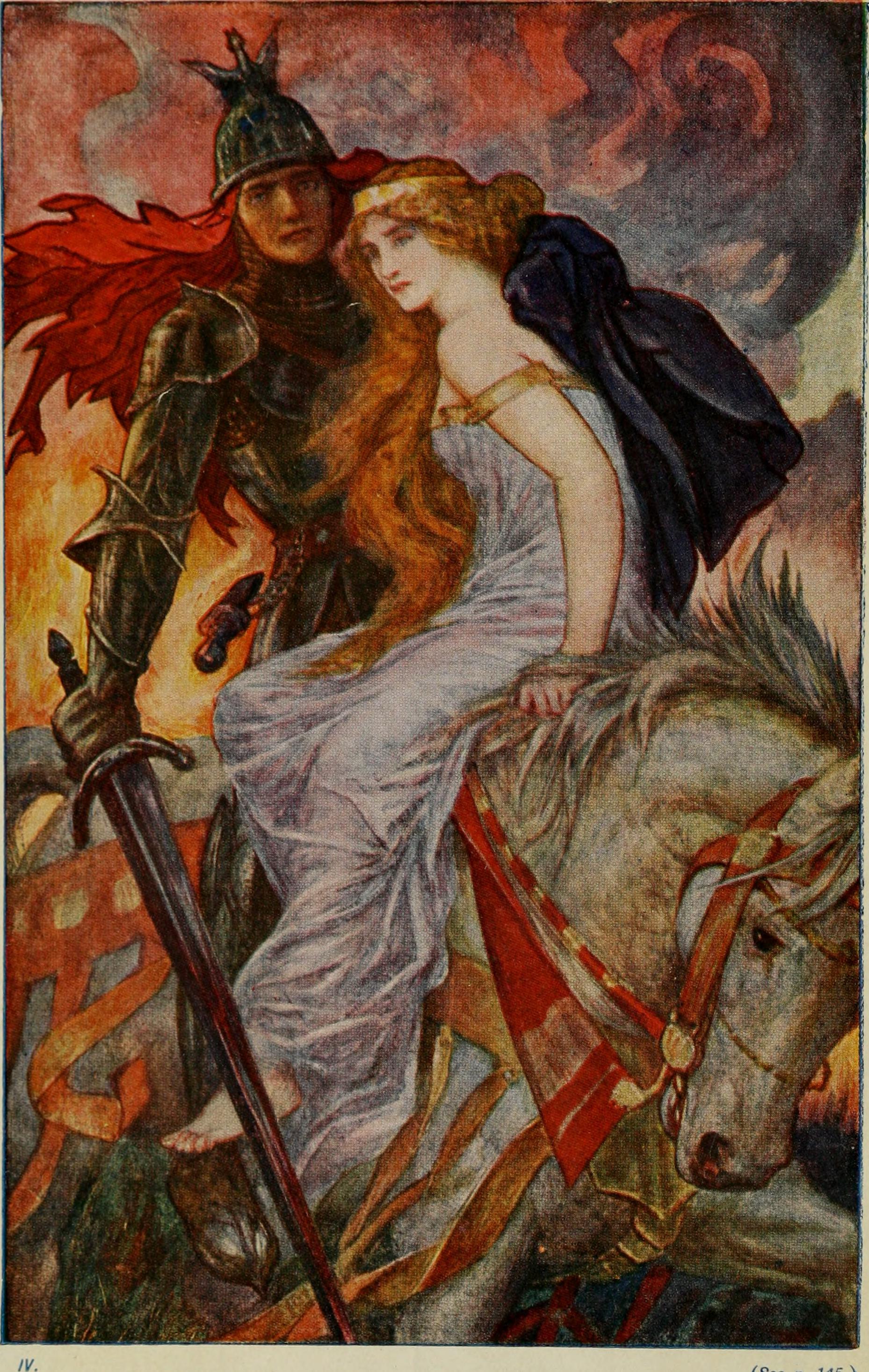