Who was the Green Knight?

Sir Gawain accepted this challenge and he was allowed to strike first. He cut off the Green Knight’s head. The latter calmly picked it up and told Gawain to meet him on New Year’s Morning for his turn.

On his way to this meeting, Gawain lodged with a lord and each agreed to give the other what he had obtained during each day of Gawain’s stay. On the first day, when the lord was out hunting, Gawain received a kiss from his wife which was duly passed on. On the second day, he received a brace of kisses which were also passed on. On the third day he was given three kisses and some green lace which would magically protect him, but only the three kisses were passed on.

Having left the lord’s residence, Gawain arrived at the Green Chapel where he was to meet the Green Knight. He knelt for the blow. The Green Knight aimed three blows at Gawain, but the first two did not make contact and the third but lightly cut his neck.

The Green Knight turned out to be the lord with whom he had been staying and he said he would not have cut Gawain at all had the latter told him about the lace. The Green Knight was called Bertilak and he lived at Castle Hutton. The tale bears a striking resemblance to an Irish narrative in which Cu Roi takes the part of the Green Knight and Cuchullain that of Gawain. The Green Knight may have been the Green Man, a wild man featured on inn signboards whose effigy was carried in civic processions.

*Sir Pertolepe was also called the Green Knight, and he was defeated by Sir Gareth. 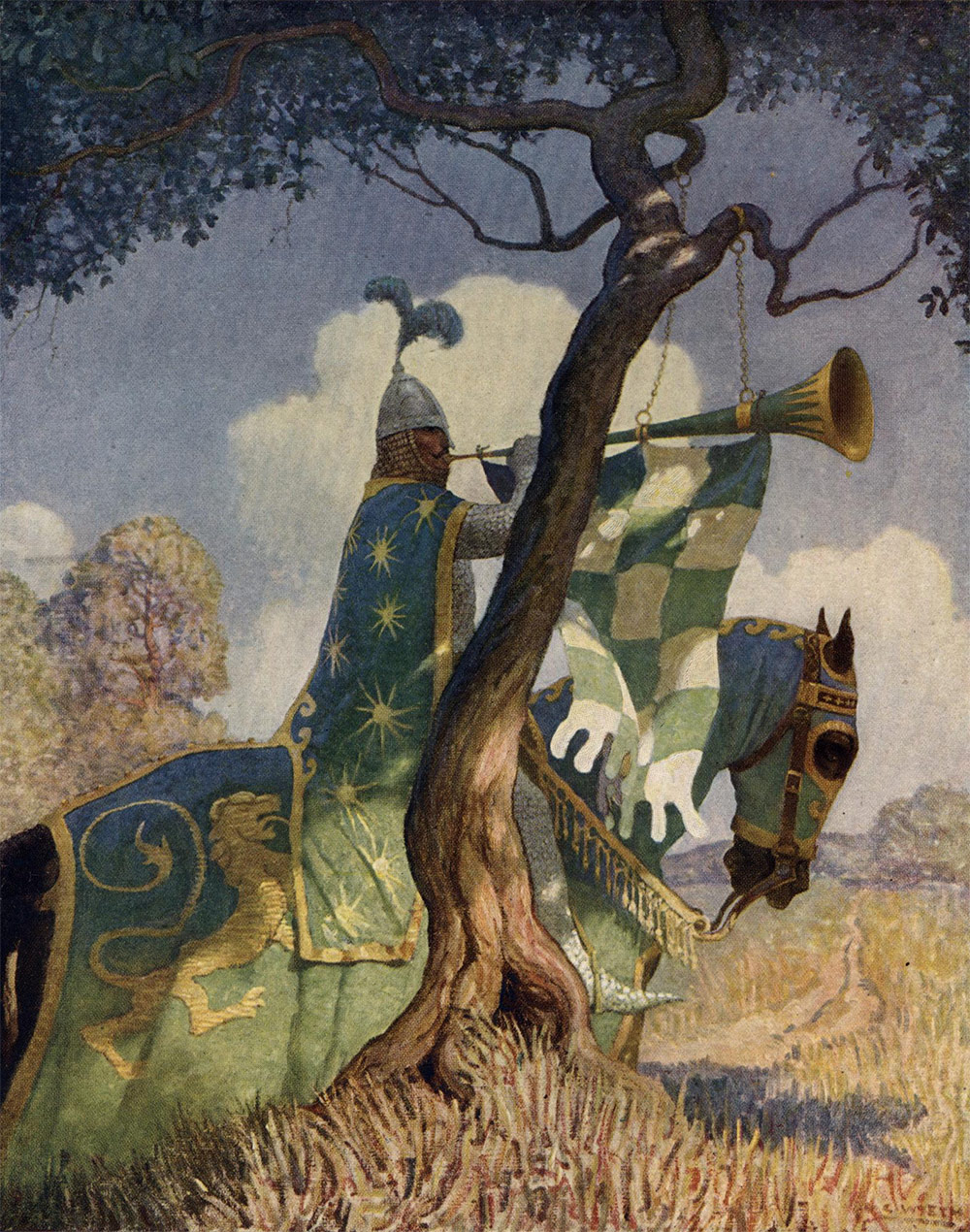 The Green Knight preparing to battle Sir Beaumains in N. C. Wyeth’s illustration for Sidney Lanier’s The Boy’s King Arthur: Sir Thomas Malory’s History of King Arthur and His Knights of the Round Table (1922)