Who was King Mark?

King Mark of Cornwall was the brother of Sir Tristan’s mother (named Elyzabeth in Malory; Blanscheflur in Gottfried; Blauncheflour in Sir Tristrem) and uncle to Sir Tristan. Mark appears in early Celtic literature such as he Triad telling the story of Tristan as one of the three powerful swineherds of Britain. In this Triad, “Drystan son of Tallwch” watches over the swine of “March” (Mark) while the swineherd delivers a message from Drystan to Essylt. The Welsh work was the source for an episode in Masefield’s play Tristan and Isolt, in which Arthur appears as a “Captain of the Host” and is subordinate to Mark. There is some evidence for an actual Welsh nobleman, March son of Meirchyawn, behind the figure of Mark.

In the ninth-century Life of Paul Aurelian (St. Pol a monk of Landevennec and patron saint of Paul in Cornwall) by Wrmonoc, Mark is identified with Cunomorus (Welsh Kynvawr), who ruled Cornwall in the early sixth century, and who probably had his seat at Castle Dore, a hillfort near Fowey. Wrmonoc says of St. Paul: “fama ejus regis Marci pervolat ad aures quem alio nomine Quonomorium vocant”. Cunomorus and Tristan are associated on the famous Tristan Stone (also located in Fowey), a memorial stone commemorating Drustanus, son of Cunomorus.

King Mark of Cornwall appears in some of the earliest Arthurian texts, and is the uncle of Sir Tristan of the Round Table.

Mark figures in the medieval Tristan and Iseult tales as the rival to Sir Tristan, originally as a basically noble man caught up in the tragic circumstances, but increasingly as a figure who exhibits traits inconsistent with chivalrous conduct. He, or a modern analogue of his character, also appears in modern reworkings of the legend, including those by Thomas Hardy, John Masefield, Martha Kinross, Don Marquis, Edwin Arlington Robinson, Sir Arthur Quiller-Couch, John Erskine, John Updike, and many others. 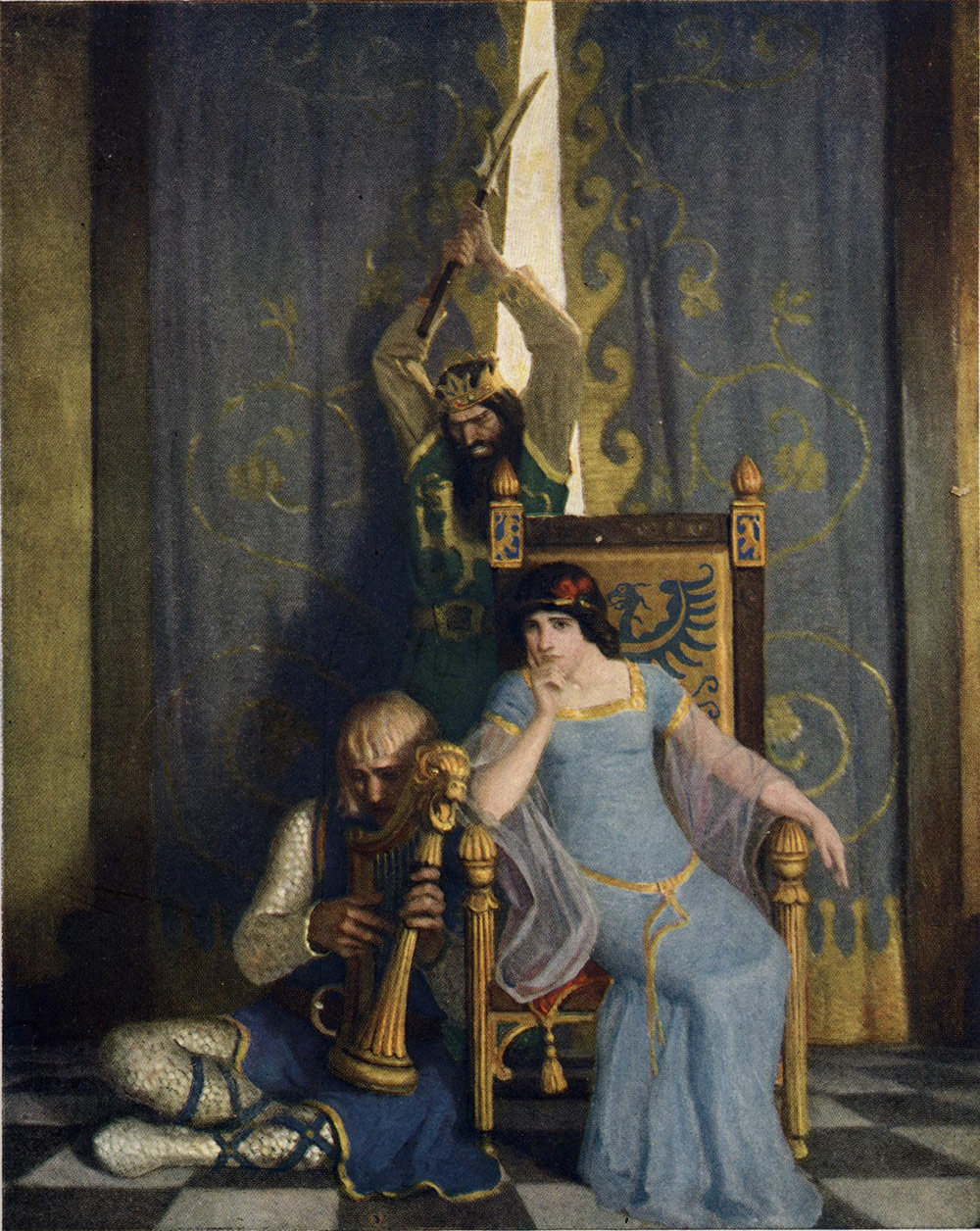