Who was Morgan le Fay?

Morgan le Fay is, in Malory’s Le Morte d’Arthur, Arthur’s half sister, the daughter of Arthur’s mother Igraine and her first husband, the Duke of Cornwall. She is also presented as an adversary of Arthur’s: she gives Excalibur to her lover Accolon so he can use it against King Arthur (a story retold in Madison J. Cawein’s poem Accolon of Gaul) and, when that plot fails, she steals the scabbard of Excalibur which protects Arthur and throws it into a lake.

In Sir Gawain and the Green Knight she is presented as the instigator of the Green Knight’s visit to Arthur’s court, partly motivated by her desire to frighten Queen Guinevere. Her enmity towards Guinevere has its origin in the Vulgate Lancelot, where Morgan is having an affair with Guiomar, Guinevere’s cousin, and Guinevere puts an end to it. Despite the motif of Morgan’s enmity towards Arthur and Guinevere, she is also presented as one of the women who takes Arthur in a barge to Avalon to be healed. This view of Morgan as healer has its roots in the earliest accounts of her and perhaps to her origin in Celtic mythology. In the Vita Merlini (c. 1150) Morgan is said to be the first of nine sisters who rule The Fortunate Isle or the Isle of Apples and is presented as a healer as well as a shape-changer. It is to this island that Arthur is brought (though Morgan awaits him and heals him rather than actually fetching him herself).

In many legends Morgan le Fay is portrayed as a witch who can fly and change into shapes. But in alternate versions of the story, she is part of the entourage who carry King Arthur away to the Isle of Avalon upon his death.

Morgan proclaims that she can heal Arthur if he stays with her for a long time. Morgan is also said to be the wife of King Uriens and the mother of Yvain or Ywain. Morgan rarely appears in post-medieval works–until the twentieth century when there is a renewed interest in her character. Sometimes she is conflated with Morgause and made to be the mother of Mordred, as is the case in John Boorman’s movie Excalibur and a number of modern novels. Fay Sampson has made her the central figure in five novels. One of the most interesting modern portrayals of Morgan appears in Thomas Berger’s Arthur Rex where, after a life devoted to evil, she decides to become a nun because of her belief that “corruption were sooner brought amongst humankind by the forces of virtue.” Morgan actually does become a defender of good in modern stories like Roger Zelazny’s “The Last Defender of Camelot” and Sanders Anne Laubenthal’s Excalibur. 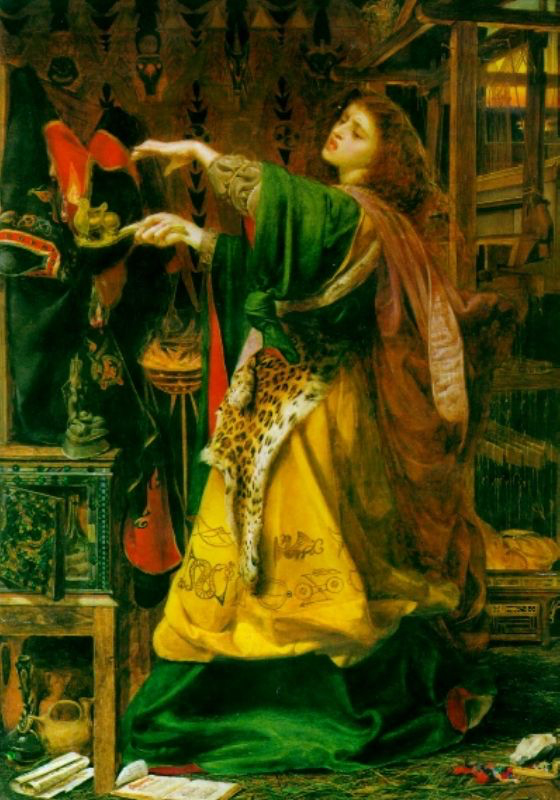 According to legend, Morgan le Fay was able to fly and transform herself into shapes.